Get Your Gloves & Grabbers

Spring Watershed Cleanups Are Right Around the Corner!

Our first season of volunteer cleanups with local apparel company United By Blue was a huge success, and we're excited to start another round this spring.

In 2016, nearly 1,000 volunteers joined PWD , United By Blue, Philadelphia Parks and Recreation and other partners at 15 clean ups to remove nearly 33 tons of trash from waterfront green spaces like Bartram's Garden and Penn Treaty Park.

These gatherings—usually scheduled for weekday evenings and followed by happy hour events—are a fun way to take care of our parks and waterways, and they have a real impact. Getting 66,000 pounds of trash and litter off our shorelines doesn't just make these cherished parks look better—that's 66,000 less pounds of things like plastic bags and bottles that can harm the aquatic wildlife calling those places home.

We also like to think of these cleanups as good opportunities for people who care about our parks and watersheds to network and raise awareness about the need to turn the tide in Philly's fight against litter.

Given Mayor Jim Kenney's recent creation of the “Zero Waste and Litter Cabinet,” it's clear that our city is ready to take that fight to a whole new level, and these cleanups are a great way for citizens to pitch in.

The 2017 kickoff cleanup is set for March 7 and will once again take place at Bartram's Garden and we'll be teaming up with honeygrow, the Fairmount Park Conservancy and Parks and Recreation. RSVP now.

Now is also a good a time to start planning a Love Your Park cleanup with Parks and Recreation, which will start their week of volunteer events starting May 13. (We hope to have some news about cleanups at parks with Green City, Clean Waters installations soon.)

Future cleanups with United By Blue are scheduled for the following dates, but be sure to check back for new events:

We hope to see you soon! 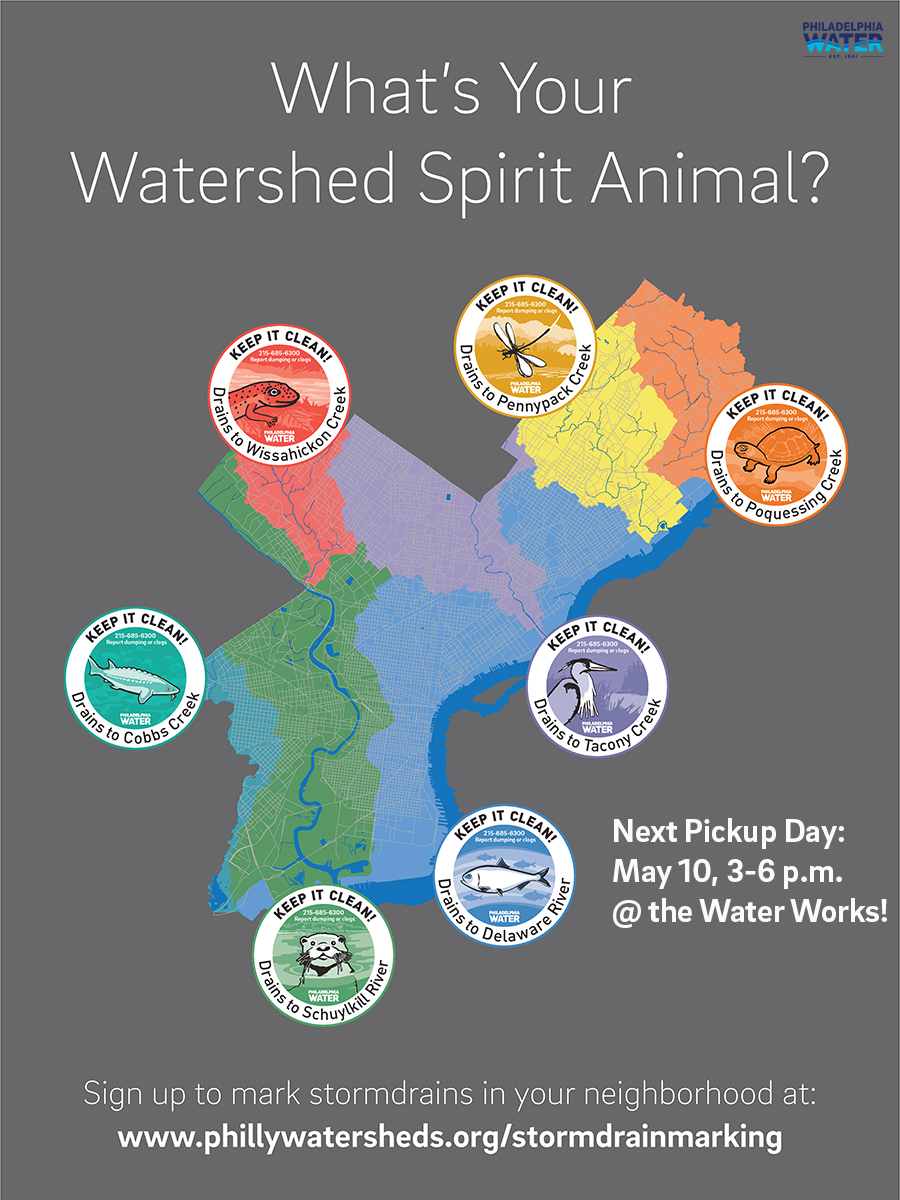 Last year, Philadelphia Water crews cleaned over 100,000 storm drains in neighborhoods all over the city. While that number is impressive, we still need your help—and not just in the never-ending e... Since a big part of our mission at the Philadelphia Water Department includes protecting and advocating for our rivers and streams—our drinking water sources—Earth Day is a natural fit for us. ...