This blog is part of our Infrastructure Week 2017 campaign. See our Twitter, Facebook and Instagram accounts for exclusive content not available on the blog. We'll be talking about a variety of projects and topics May 15-19. Learn more about the infrastructure that keeps our city running and help us make the case for smart investments in our nation's water, roads, bridges, airports and more.

If you follow local news at all, you've probably seen some of the dramatic footage showing major water main breaks that have left the stores of Bakers Centre in East Falls flooded three times in just three years:

Breaks like those at Bakers Centre are unusual for a few reasons, not least of which is amount of water that spilled. In Philadelphia over the last five years, we've average a little over two main breaks per day—a rate that is actually less than the national average. Most of our breaks involve mains that are under two inches in diameter and don't make the news because the impacts are, in comparison, minor.

The pipes that broke at Bakers Centre were nearly six times the size of the mains delivering water beneath most residential blocks, a fact that resulted in millions of gallons spilling into the community.

In a system with roughly 3,100 miles of drinking water mains connecting to nearly half a million homes and businesses and 25,000 hydrants, broken or leaking pipes are inevitable. That, however, doesn't mean we aren't working hard to prevent them.

At Bakers Centre, we recently completed the first phase of a project that will replace 4,400 feet of underground water mains, making it one of our largest main replacement projects in recent years. It can be hard to visualize just how much water main we're replacing when all that work is taking place below ground, but it is quite a lot of pipe:

The goal is to guard against any future breaks like those that have impacted local businesses. The project will take approximately one year, and we will soon begin excavation to lay the new water mains in the ground. The businesses in Bakers Centre will remain open during construction, and we're striving to create as little disruption within the community as possible.

While this is a big investment in our drinking water infrastructure, it's one of many main replacement projects included in our budget. In our 2016 fiscal year, we included enough capital budget funds to replace about 28 miles of mains.

Over the next six years, we're planning to ramp that investment up to replace 40 miles of mains per year—putting Philadelphia on track to have a water main replacement rate that's nearly 30 percent higher than the national average.

In deciding which mains to replace in non-emergency situations, we use various tools and new technologies to determine which pipes are most likely to break, but we're also considering the impact a main break would have on customers. If a water main failure is more likely impact many people or sensitive communities and infrastructure, we prioritize replacing that main.

This allows us to develop a long-term water main replacement strategy that gives our customers the best value for their money.

Projects like the one underway at Bakers Centre will protect East Falls and neighborhoods across the city from main breaks while ensuring a reliable and robust drinking water system for Philadelphia.

By investing in increased water main replacement, we're ensuring the foundation needed to deliver on our mission of supplying more than 1.5 million people with constant access to top-quality drinking water. 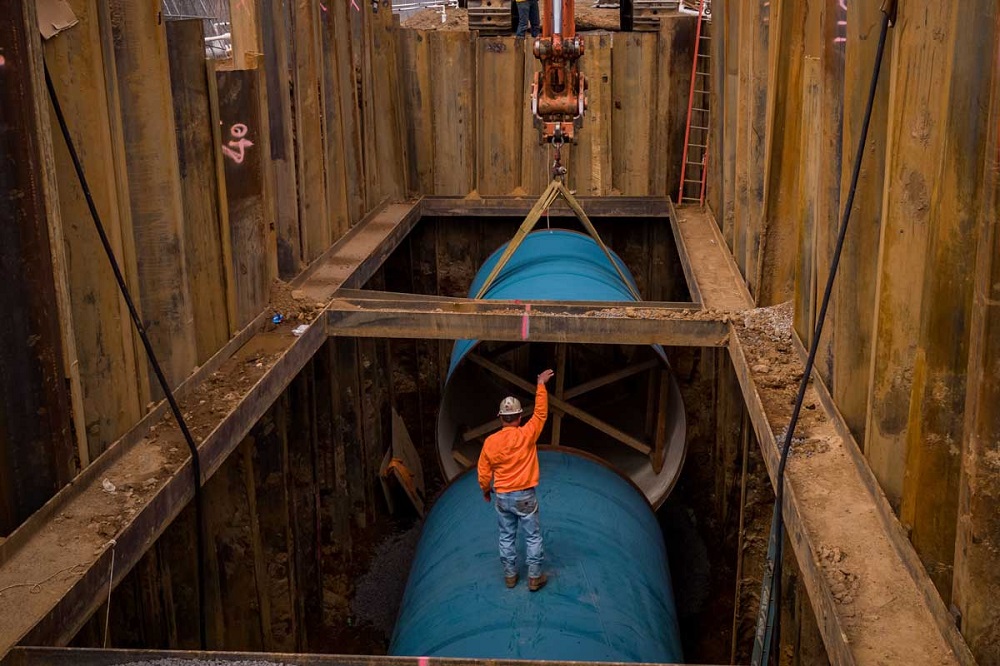 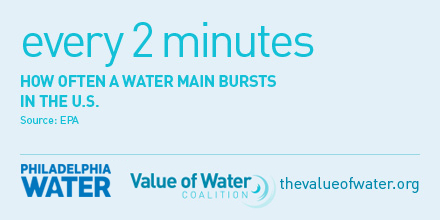