This is a remarkable photograph for the wealth of information it depicts, of the work scene and the surrounding area, and of the manner of dress of the workmen. Hats were de rigueur for men, both in this photo and during this time period, but the hatless man at the center has clearly spent too much time on his hairdo to cover it up. The horse drawn steam engine (on which the name plate is readable: “Eagle Engine and Boiler Works, Philadelphia. PA.”) is probably pumping either groundwater or accumulated rainwater from the trench in which the pipe is being laid. In the background is Hotel Abbey, serving “Pilsner & Puritan” beers from Schmidt’s, a local brewer. 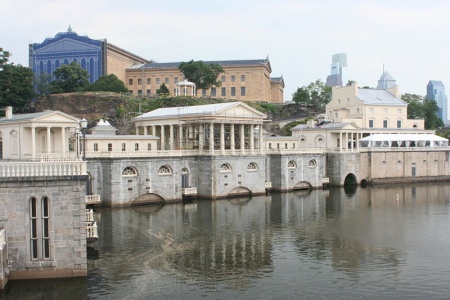 2012 marks the bicentennial of the opening of the Fairmount Water Works, Philadelphia's claim to fame as the first large American city to provide safe water to its residents. 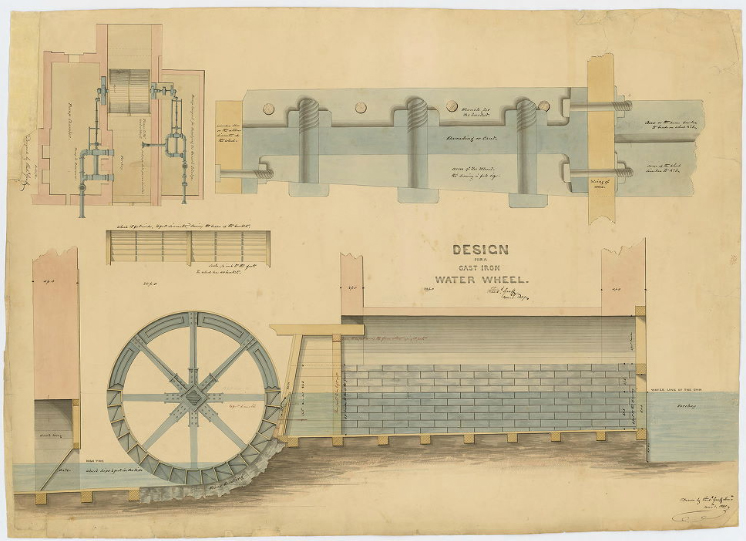