KEMPTON, PA — Pointing to a towering, soggy heap of what he calls "slop," Larry Lloyd traces with his finger a stream of water running from the base of a manure pile to a small drainage pipe that connects to an adjacent creek.

Nearby, rows of cows and calves calmly and mechanically chew hay. Without much noticing it, they are simultaneously creating what seems to be an endless supply of fresh manure for farmers to stack into yet more heaps. It’s hay in one end, water-polluting manure out the other.

And it never stops.

"This is what we’re up against," says Lloyd, a lanky, weather-tanned man in his 60s who sports a baseball cap and a pair of boots well-suited for his manure-rich job— getting local farmers to adopt smart runoff management practices.

"Even without rain, this manure heap is leaking pollution that seeps into a pipe, which feeds right into a stream. This is what we're up against." Larry Lloyd of Berks County Conservancy explaining why this farm is targeted for a $100K #stormwater #runoff management project. #cleanwatersphl #philly #farming #waterpollution

Lloyd, an ecologist, works for Berks Nature, a nonprofit (known for most of its 41 years as the Berks County Conservancy) that preserves green space, protects waterways and provides environmental education in Berks County. On this day, Lloyd is giving a tour of watershed-minded farms to planners, engineers and water quality scientists from Philadelphia Water and the Partnership for the Delaware Estuary.

What, you might ask, is a big city water utility doing out in the country with a bunch of cows?

Larry Lloyd with Berks County Conservancy explains how the David Rice dairy farm keeps manure and runoff out of the #SchuylkillRiver #watershed with a specialized containment system built with the help of the Natural Resources Conservation Service. #philadelphia #philly

It’s not something most people think about when they turn on their tap and access safe drinking water, but Philadelphia Water works with a wide array of partners to protect the source of our drinking water way before it ever gets to the treatment plant intakes on the Schuylkill and Delaware rivers.

Much of that work is organized under our Source Water Protection Program, including the work done with local farms to protect watersheds from agricultural runoff.

#Latergram - Partners gathered at the Rice farm in Kempton, #berkscounty to announce $278,623 in grants awarded through the #SchuylkillRiver Restoration Fund. We'll be posting about the projects funded @ phillywatershed.org/blog!

For example, some of the funding we've contributed to the Schuylkill River Restoration Fund (SRRF) in 2015 will go toward new stormwater management tools at Dobson Elementary School in Manayunk, which include a managed native meadow at the entrance of the school and a woodland walkway around the perimeter.

But our 2015 contribution is also helping to fund stormwater runoff projects at three farms in Berks County. In all, Philadelphia Water joined four other funders to contribute a total of $319,792 to the SRRF this year.
Other watershed partners that contribute to the SRRF include Exelon, Coca-Cola, Aqua Pennsylvania, and MOM’s Organic Market.

In September, the Schuylkill River Heritage Area announced plans to distribute $278,623 of that to 10 projects across southeastern Pennsylvania aimed at improving water quality in the Schuylkill River and tributaries.(Click here to see a full list of 2015 projects.) (Sorry, this content is no longer available)

This large manure containment basin protects #Philly's drinking #water source by keeping pollutants out of local streams. Part of our partnership with the #SchuylkillRiver Restoration Fund.

At the Donald Rice farm in Berks County, two dry manure storage facilities will be installed along with a waste transfer system, barnyard controls, rain gutters and a lined outlet. These improvements will significantly reduce the amount of nutrients and pollutants entering the nearby Maiden Creek and Schuylkill River watershed.

So, why should someone in Philadelphia care what these farmers do with their land? These projects are extremely important because stormwater is the number one source of pollution in the Schuylkill River.

With programs like Green City, Clean Waters that are designed to manage stormwater that comes from impermeable surfaces like parking lots, roofs and streets, we often think of stormwater pollution as an urban issue.

But stormwater in the rural areas upstream from Philadelphia comes with its own set of issues and pollutants, including excessive nutrients in the water and harmful organisms found in fields and animal waste.

When uncontrolled stormwater washes that stuff into our streams and rivers, it can cause a variety of environmental and health issues and makes it harder and more expensive to treat drinking water.

Manure as a pollutant - it's no joke. Did you know #Philly works with farmers upstream to protect the rivers that provide #philadelphia with its drinking water? We're all about #sourcewater protection and proactive watershed management. Much better to keep the pollution out rather than treat it after the fact. #SchuylkillRiver #farms

Unlike most water-borne pathogens, Cryptosporidium, which can cause stomach illnesses, is hard to kill with chlorine and can add significant costs to drinking water treatment. Untreated agricultural waste is one of the leading sources of cryptosporidium, so investing in structures that keep runoff and animal waste on farms (and out of streams and rivers!) can make water safer and reduce treatment costs.

If you're a real water quality geek, you can nerd-out and read the full 2014 report on our Watershed Control Plan for fighting "Crypto" by clicking here.

When it rains, waste from this Berks Co. farm gets washed into this basin instead of #Philly's drinking water source. Funded in part through our partnership with Schuylkill Watershed Restoration Fund.

"We try to make the cost to the farmer as close to zero as possible, but they all do something on their end to make these projects work,"  says Berks Nature’s Lloyd. "The interaction also gives us a chance to educate them and get them into a nutrient control plan. We have to teach them to give up bad practices, like stacking manure in open-air heaps, which they’ve been doing for 60 years because that’s the way it’s always been done."

The "best management practices" promoted by Berks Nature and the Schuylkill Action Network, Lloyd says, can lead to a better bottom line for everyone involved.

"It’s the farmers’ money that’s getting washed into the streams because they have to go and pay for fertilizer once they lose those nutrients," notes Lloyd. "And then we all have to pay to remove all that stuff from the water, so it’s a loss for everyone."

"You can live without milk, and you can live without bread, but water is the most important resource we have. Even our cows need good clean water," Biehl observed during Philadelphia Water’s tour of his already extensive runoff control systems.

And that, folks, is a fact you'll hear us singing until the cows come home.

Our Source Water team checks in our runoff controls designed to keep her manure from washing into the #SchuylkillRiver, where it can cause environmental issues. 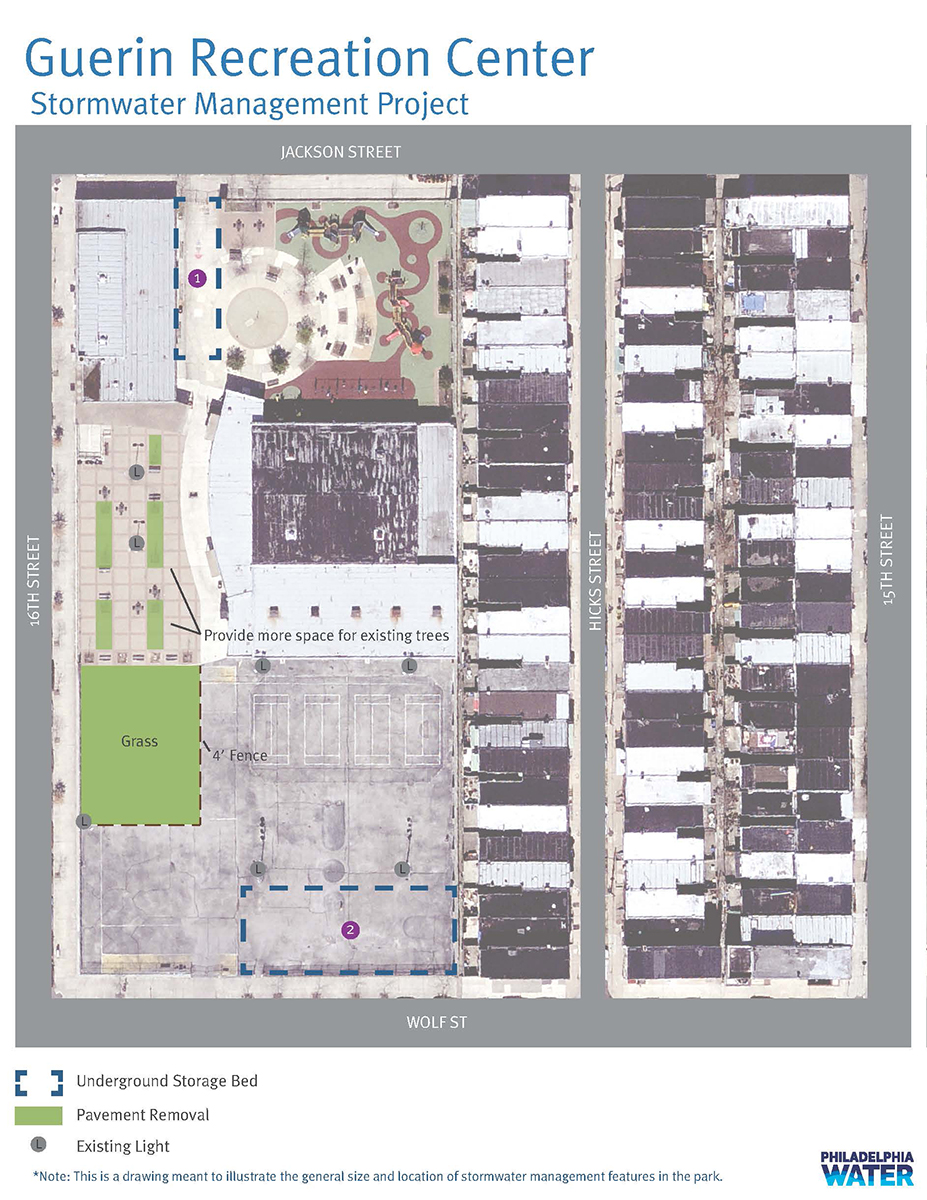