A student from North Philly's Mastery Prep Middle School goes the extra mile to get some litter along the Schuylkill River shoreline. Credit: PWD

Our first volunteer cleanup of 2017 with United By Blue had a great turnout—and even got an honorary "Best Field Trip Ever" designation from one of the dozens of students who attended:

...and bags are still coming in at our 1st #SchuylkillRiver cleanup. Overheard from a #Philly middle school volunteer: #BestFieldTripEver pic.twitter.com/Gegv6iRbzr

Held March 7, the effort targeted Philadelphia Parks and Recreation's Bartram's Garden site. This was the eighth year that United by Blue, a Philadelphia-based apparel company dedicated to clean water, held a waterfront cleanup at Bartram's.

Using heavy equipment, workers from PWD's Waterways Restoration Team also gathered roughly 4,000 additional pounds of trash and tires that had been dumped on a path leading to the river.

Without the help of the volunteers and PWD crew, that trash would have been washed into the Schuylkill, harming the local wildlife. Thank you to all who pitched in! 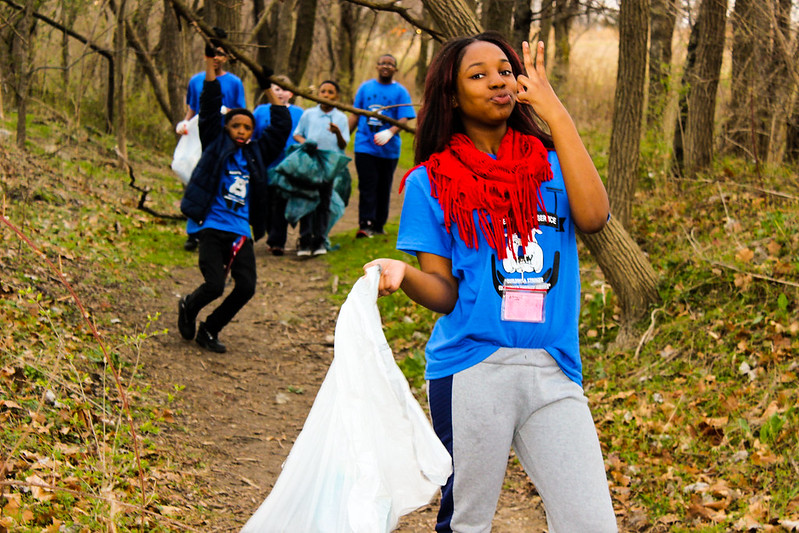 The next United By Blue / PWD cleanup will target Cobbs Creek and is scheduled for April 4.

You can also find more local Schuylkill River cleanup events (or add a new one) on the Schuylkill Scrub calendar, and we'll post about more watershed cleanups here as spring comes around.

While Philly is mourning the news that Eagles defensive end and super citizen Connor Barwin is headed to another team, his Make the World Better Foundation has pledged to continue its good work and...